Samsung S3 with Ncell in Nepal

Share
It is learned that Samsung Galaxy S3 will be available in Nepalese Market in a contract with Ncell. International Marketing Service (IMS), the sole distributor of Samsung Mobile in Nepal is bringing the latest flagship to Nepalese Smart phone lovers in association with Ncell. Though Ncell has no official word on that, it is found that they are planning to provide the popular S3 handset in 12 months installments of Rs 6,500 per month payment. And they will be giving free service of one thousand per month for the 12 months which includes 700 minutes call, 700 SMS, and 70 MB data. Price of the handset without contract is Rs 70,000 in  Nepalese market. 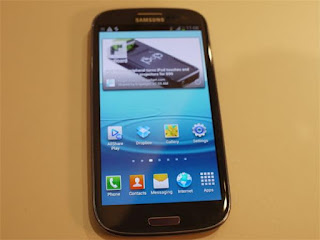 Samsung released the popular handset in an unpacked event from London on May 3, 2012 and is also the official Smart phone for London Olympics 2012.
Source: