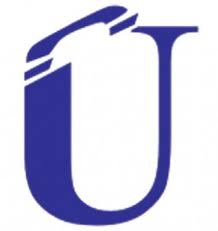 The Nepal Teleco-mmunications Authority (NTA) on Wednesday renewed the basic telecom service license of United Telecom Limited ( UTL ) on the condition that it will pay the committed royalty dues in eight instalments before the end of each fiscal year. The licence is valid for five years. UTL will have to pay Rs 204.18 million to the government annually.

In a bid to ease payment procedures for telecom operators, the government had decided to collect the committed royalty and license renewal fees in partial payments within eight years. On Monday, UTL , the first private sector telecom company in the country, paid the first installment for the current fiscal year 2012-13.

“We decided to renew UTL ’s license as per the government’s decision,” said Mahesh Prasad Adhikari, a member of the committee formed by the Ministry of Information and Communications that decided to renew the license. “If UTL fails to clear each instalment before the end of the fiscal year, its licence will be scrapped.” As NTA has no chairman presently, the Communications Ministry had formed the committee to decide on crucial telecom related issues including license renewal and cancellation. Immediately after the decision of the committee on Wednesday, the regulator had renewed the licence and informed UTL , an Indian joint venture telecom company.

“ UTL ’s license has been renewed for a five-year term,” said NTA spokesperson Kailash Prasad Neupane. He added that the committee’s decision to renew the permit would be reviewed by the NTA board after it gets a new chairman. The NTA and UTL have been locking horns regarding payment of the committed royalty for a long time. After failing to pay the royalty as pledged while obtaining the license 10 years ago, the regulator had even directed the company to close down services.