Share
Nepal Telecom has issued a statement today saying they are launching the WiMAX internet service to general users from Chaitra 14. NT had previously launched the high speed WiMAX Internet service from Kathmandu only to Corporate houses on November 12 (Kartik 27), and extended it to different parts of the country. Now, they have their service in 49 districts, covering the major cities of the country and are launching it to normal home subscribers from Wednesday.

Nepal Telecom has made a deal with two companies Airmax Technology and Unitech Network, for the distribution of  WiMax Internet Service. Currently they will be selling the CPE (Customer Premises Equipment) and WiMAX service to the customers from two of their offices (Sundhara and Jawalakhel counters) and 4 distribution counters(Baneshwor, DurbarMarg, Kupondole and Putalisadak) from those private companies in Kathmandu. They will also be distributing the service from major cities like Pokhara, Biratnagar, Chitwan, Butwal, Dhangadi and Mahendranagar. There are three types of Wimax CPE- Outdoor CPE, Indoor CPE and USB dongle. The least priced USB dongle costs Rs 5500 and the least data package costs around Rs 650 for 5 GB. Nepal Telecom has also made an introductory offer for the service such that the customer will be getting 50 % discount for a package of 3 months subscription and 15 % discount for a year package subscription.

Many home users were eagerly waiting for this release as it will be very easy for them to use the high speed Internet from anywhere inside the country.
More details about NT WiMAX in our next post. 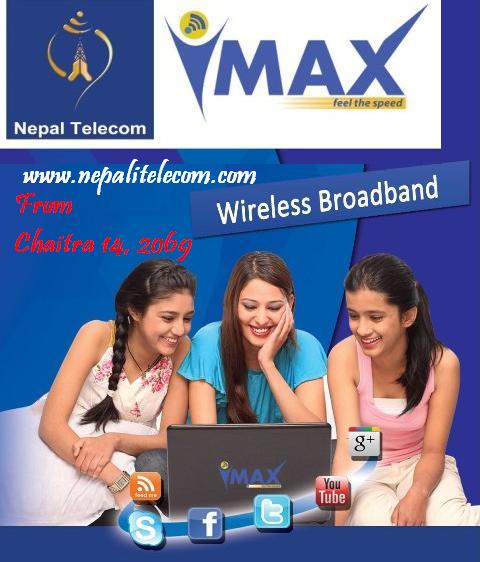 WiMax distribution for general users within a week.

WiMAX currently being tested in Kathmandu by Nepal Telecom

How to choose/select best ISP in Nepal?

WiMax distribution for general users within a week.

WiMAX currently being tested in Kathmandu by Nepal Telecom