Share
Nepal Telecom- the government owned Telco is running Mobile BTS  for various functions/events where there is huge assembly of people. As such assembly of people in the events were not catered by the towers  already in the area, NT bought three such Mobile Vans, a year ago to provide huge no of simultaneous calls. This year Nepal Telecom added 10 more vehicles to run such mobile towers all over the country. Now, all the region (Development regions) are equipped with such vehicles.
Several Sports/Religious Events in Kathmandu witnessed the operation of mobile vans to smooth the mobile call flow in that area. Shivaratri at Pashupati, Swosthani Sangey at Sankhu, International Sports like AFC Challenge Cup Football, ACC T20 Elite cup Cricket are some of those events where they had run the equipment.
They even operated the mobile tower today at Tundikhel for Ghodejatra and Nepali Congress Mahasamati meeting in Nawalparasi targeting the huge no. of people gathering. 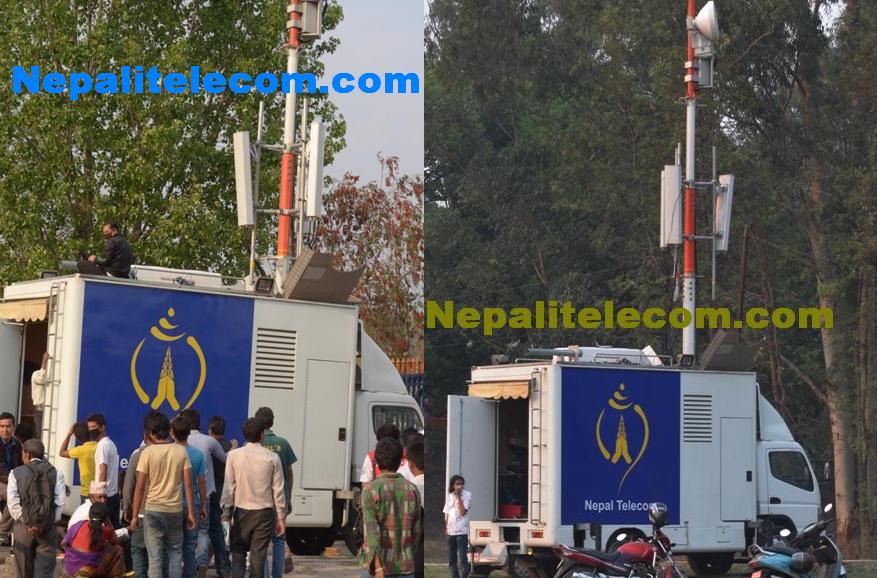 Nepal Telecom says they are trying their best to cover all the events which have gathering of huge crowd. They even do the operation of such Mobile Vans by request but they will decide if the event is large enough to lure them. Do provide us some feedback about the Van in the comment below if you have witnessed Nepal Telecom’s network in any of such events.