Share
March 31, 2016: Singhadurbar, the major administrative section of Nepal Government, sees the banning of the popular social medias including Facebook, twitter. The government has come into action for banning after Prime Minister expressed huge dissatisfaction over the performance of government employees. Citing the inefficiency of employees in their work, the government took the decision to barr social networking sites for the Singhadurbar staffs during office hours. It is known that the social networking sites like Facebook, Twitter will be open before and after the office hours. There are huge research going on for the effect of Social networking website in staffs efficiency which gives exact opposite results time and again. Even social media experts and HR experts fail to come to a conclusion for letting social networking sites in office or not.
High level officials in government believe that government staffs are found using Facebook, twitter most of the time in office hours and the decisions/ service took long to reach people. With the ban, they will be barred from using the websites directly but there are several other ways like proxy, VPN to open the websites. So, strict rules should be implemented for their performance other than banning websites. Apart from Social medias, Government staffs are known to use online news portal during office hours, so are they gonna block news portal also!!!! But it seems likely that other government owned organizations may follow suit. 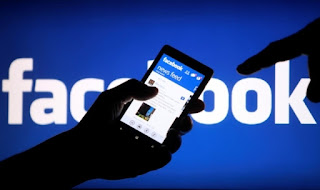