Share
April 16, 2015: Nepal Telecom is upgrading its billing system to provide data packages for GSM Prepaid customers (Namaste SIM). Last week, when NT had launched the post paid only data packages in GSM, it came under fire from prepaid customers (which contributes to 90 percent of the subscribers). Now NT is known to migrate its billing system to a new one so that all of the services will be charged from it. It is also known that among all of their services, only GSM and CDMA subscribers will be billed from the new system (also called Convergent billing system) in the first phase, then all others services (WiMAX, WiFi, Landline, ADSL) will be brought under it in next phase. After the migration, NT will be able to launch data packages in their Namaste Prepaid SIM, which is long waited from the customers. It is believed that the data packages will increase the data usage along with the reduction on the churn rate, thus improving the revenue as a whole. Data packages are built such that customers can get data at cheap rate, after subscribing some data volume packages that are valid for either daily or weekly or monthly. From the current data packages in NT CDMA and Ncell, it is found that higher the data volume you purchase, cheaper the data tariff you get. This is the reason why data hungry costumers are eagerly waiting for this sort of packages.
NT has even published a notice in today’s daily for the possible interruption of the Voice, Data, SMS and recharge in GSM prepaid Mobile for the time of the upgrade which is known to be done from 2072 Baishak 4 (Friday), 11 pm to 5 am, 2072 Baishak 5 (Saturday). If you find some problem in your phone later in the Saturday morning, you can report to their customer care number 1498. 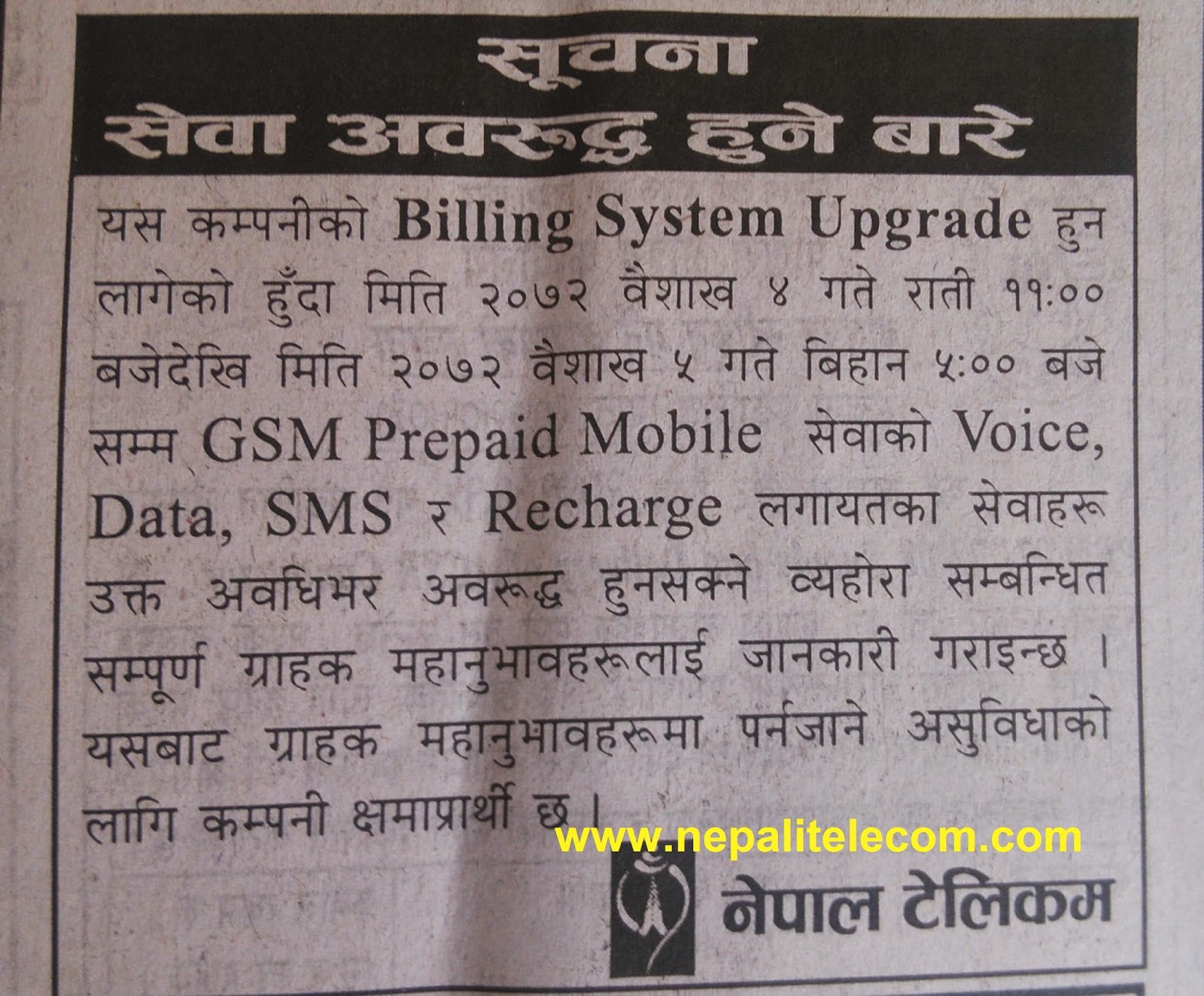