Share
May 2, 2016: Xiaomi Nepal, the authorized distributor of Xiaomi devices (especially phones and accessories) here is known to launch the Redmi Note 3 phone in Nepal. The booking of the phone has already started from today (May 2). Previously they had launched Mi4, Redmi 2, Redmi Note 2, Mi power bank. As there was high demand in Nepalese market for the cheap and feature full Redmi phone, they have launched the latest device in the series. There are two version of the Redmi Note 3 with different processor, one is Mediatek Helio X10 whereas another one is Snapdragon 650. All of the international versions have Snapdragon 650, which is same here in Nepal. It was launched in India in early March whereas in Malaysia it was launcehd in April. It seems only 2 GB version is available now here in Nepal (with introductory Price of Rs 24,999) and it is not known when 3GB version will be launched. With the booking from today till May 4, customers will be getting free back cover and tempered glass. As the official maintenance center is already launched in Nepal, the phone has 6 months of warranty on Battery and 1 year on the phone as a whole.
Here are some of the features of Redmi Note 3.
✔Snapdragon 650, 64-bit hexa-core processor
✔4050 mAh battery (690 Wh/L super high-density)
✔16MP f/2.0 rear camera with dual ISP, PDAF autofocus
✔0.3s fingerprint unlock
✔5.5” full HD display with Sunlight Display at 403 PPI
✔2GB Ram / 16GB Internal Memory
✔4G hybrid dual SIM, up to 32GB microSD support
✔Price: Rs 24,999
Although with the great looks and build quality with whopping battery size of 4050 mAh, the phone lacks the similar quality in the camera. Specially in low light situation, the picture quality is not up to the mark for such mid ranger phone whereas for well lit situation, the picture quality wont let you down. 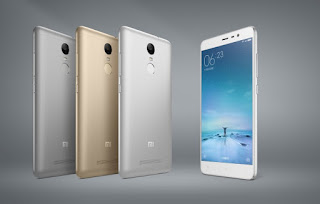