Share
Apple inc unveils two new smartphones in an iPhone event on Wednesday (September 11) here in Nepal, which is September 10 in USA. Both iPhones, namely iPhone 5S and 5C are found to be very near to their predecessor iPhone 5 but with some enhanced processor and exciting colors. The aluminum 5S comes with first 64 bit A7 processor(along with M7 coprocessor for motion data sensor), which is known to be twice as fast as previous phone and much energy efficient. Finger print recognition and better camera (still 8 MP ) are other features of the high end flagship iPhone 5S. 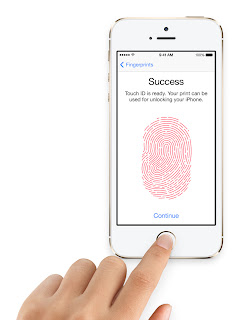 The 5C has much of the same features as iPhone 5 (same processor, 4 inch display and 8MP camera) but made of polycarbonate plastic with somewhat larger battery and new Facetime front HD camera. Finger print recognition (Touch ID) is not available to this relatively cheap version of iPhone but price of $550 not up to peoples expectation. Siri- Apple’s voice assistant will also be available to 5C, which was previously rumored to be cut off for low price. Wide range of colors are available for this “C for Colorful” plastic phone, from blue, green, yellow, red to white. 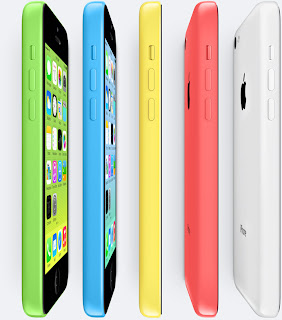 Both phones come with new operating system iOS 7, LTE support and new camera app that allows to shoot in square format. The high end flagship 5S will be available in three colors: Gold, White and Gray with relatively high price ( $650 for 16G memory) without contract. Apple has even announced to sell different colored rubber case for both of the latest phones.
As the new release could not live up to the expectations from the people for more high end plus new innovations for the latest flagship and cheaper iPhone with all the exciting features con Colors, the Chinese android phones (cheap and high end) sales are expected to rise more.