9
The rumors about mobile tower radiation to cause different diseases including cancer are misleading people in Nepal and throughout the world. Several studies carried out, none of them prove to the health hazards from the cell phone towers.
There are several cases in Nepal too where people in the neighborhood shut down the nearby Mobile tower. They even obstruct the erection of tower for their concern of health problem due to the radiation. For such situation, neither the operators can convince them with proper logic. Nor the regulator is helping to make it easy for both people and the operators.

Indian telecom industry is the second largest telecommunication of the world based on the numbers. They also suffers from public allegations of playing with their health for their business. Following the hindrance of cellular tower erection in different parts of India, their High court ordered several institutions like Department of science and technology to prepare a report on harmful effects from cell towers on the people living on the vicinity. The result came out that there is no any scientific evidence to show the installation of mobile phone towers and the EMF (Electromagnetic fields) from the tower is any way harmful for the health of the citizens. 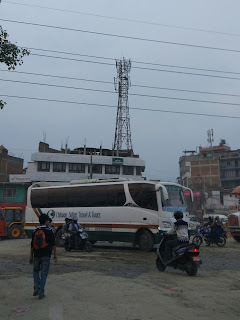 Mobile tower radiation is non ionizing. They don’t cause any damage to human DNA and thereby they cannot cause cancer. Scientists across the world have conducted studies to evaluate the ill effect of mobile radiation. But all them fail could not provide the proof yet. Even World health organization (WHO) after 20 years of long studies has revealed there are no such threats.
It is just a myth spread to create panic among people. Sometimes the bitter relation between the house/land owner  and neighborhood fuels for radiation issue.
While the rest of the world is regulating the emission levels to cope with the global standards as suggested by ICNRP (International commission for Non Ionizing radiation protection), recognized by WHO, Nepal should also standardize the emission level to assure people of following the standards.