Share
June 12, 2016: Unidentified groups have targeted Ncell towers with vandalism and arson in multiple areas yesterday. It is known that six towers of Ncell in different areas have been affected with the attack. Towers in Salyan, Jhapa, Dang, Gorkha, Lamjung and Morang were set on fire simultaneously. Not only tens of thousands of property were destroyed, but also the Ncell service in those respective areas near the towers were affected that amounts to more loss to Ncell. As police have found a leaflet of Maoists fringe party led by Netra Bikram Chand, it was believed them to be responsible whereas unconfirmed news has it that they have already taken responsible for the incident and that is as per the central directions to attack on Ncell. Polce are yet to come up on the exact reason for the incident and say investigation is going on for the case.
Ncell has come under massive pressure from different sectors like civil society, political wings to pay the capital gain taxes after selling out from Teliasonera to Axiata. This sort of attack is the first one after the issue surfaced. There used to be such incidents in the past from different fringe parties which was only seen as a ploy to get financial benefits from the company. 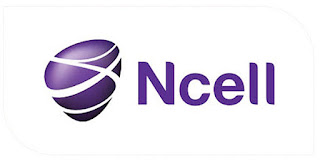