Share
April 19, 2016: Ncell, country’s leading mobile service provider, has relaunched a campaign titled ‘Call Ayo ajha dherai Paisa Payo’, whereby Ncell customers upon receiving international call from Qatar, Malaysia, the United Arab Emirates (UAE) and Saudi Arabia for more than five minutes would now receive attractive bonus balance. Under the campaign, launched on the occasion of Ncell becoming a part of Axiata Group and Nepali New Year 2073 BS, customers receiving international calls from their family and friends in Qatar, Malaysia, the UAE and Saudi Arabia for over five minutes will receive bonus of Rs 15 for every five minutes completed talk time for up to 30 minutes, as per a media release issued on Saturday. The offer is coming into effect from Sunday (April 17) and will remain in place for one month. Ncell customers can avail bonus on receiving calls from any network of Qatar, Malaysia, the UAE and Saudi Arabia. Bonus thus received will be valid for 24 hours and can be used to make calls and send SMS/MMS to other Ncell numbers only, and also to surf internet. All pre-paid and post-paid customers of Ncell can activate the service for free by dialling 17126 and enjoy the benefits. Similarly, customers can send SMS to 17126 by typing ‘A’ to activate the service. 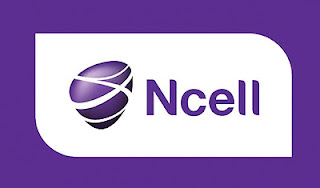