If you are a mobile phone surfer in Namaste Sim of Nepal Telecom, then you may have already noticed the “E” sign instead of “G” for the 2G network, the “E” sign indicates the availability of Edge Service in your mobile. The Edge service is a household name for all the mobile web fanny out there and must be rejoicing with the good news. 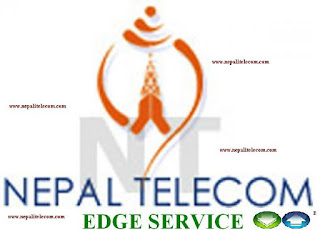 But for those unfamiliar with the term, Edge (Enhanced Data rates for GSM Evolution) is a technology for higher data rates in the 2G network. So it is named 2.5G, with higher speed than GPRS (another 2.5G), about 3 to 4 fold higher. With GPRS, you could get data speed in 20 kbps to 50 kbps whereas now with Edge, you can get speed near more than 50 kbps to 100 kbps. So, people can get faster internet experience with that of E.

Find all of the data packs in Nepal Telecom mobile.

Now, Nepal Telecom is enabling Edge in the BTS’s (Base Stations) within Kathmandu valley, but not uniformly in all areas. But it is a matter of a week when the EDGE service is in the full-fledged state in the Capital.

Edge is an Evolution of GSM for high data rate service, and a step towards the third generation (3G) technology. It’s theoretical speed rates is up to 384 kbps. While the experience of data speed with Edge comes around 100 kbps. Well, the speed may depend upon the no of internet users with the same tower.  It may be sooner or later that people will demand a 3G network, due to its high-speed internet and other services like video calls, SMS.

Mero Mobile, the private mobile operator has already enabled Edge technology. So, the internet speed is found better in their network.

Tell us if you have found an Edge sign on your mobile with Nepal Telecom, in the comment section below.

GPRS registration made easy for Namaste.

GPRS registration made easy for Namaste.