(Published date: September 2012): It was an internet revolution when ADSL was introduced in Nepal by Nepal Telecom on Baishak 17, 2065. With such unlimited plan price and ease of usage with the landline phone, ADSL got popular. The demand was enormous which made NT upgrade their system from 40K subscribers to 150k, distributing all around the country. Today the enormous demand gradually shifts from fixed broadband to mobile broadband with the increased use of smartphones and the prompt availability of information from just a click in the smartphone/tab. 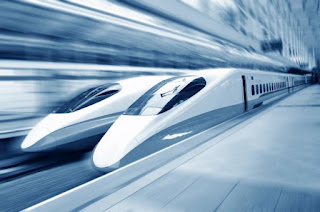 A recent survey shows that about 54 percent of total mobile users have a smartphone in their hands and there is a huge demand for internet bandwidth due to their prompt availability of information. But it is not properly catered by Nepalese Internet/Telecom service providers. Subscribers are complaining that the world is going towards LTE, WiMax with internet speeds in Mbps. But we in Nepal are still having the slow internet with GPRS, Edge, and the so-called “3G service” coverage not available all around the country. HSDPA (with H sign) is the fastest access technology available with GSM-compatible 3G from which you could get a max 3.8 Mbps data rate.
International Market has those data demand catered by the newest access technologies like LTE, WiMax. Some operators even testing LTE Advanced and WiMax 2 (4G) to release it till the end of this year 2012. Nepal Telecom, the leading Telecom operator has both the technology in the pipeline, and their IP CDMA project expansion also adds up another option for Mobile Broadband. All of the technologies take time to be available fully all around the country.
The current 3G provided by Ntc and Ncell are both limited to the cities, also the 2100 MHz is not suitable for remote areas. People also complain about the non-transparent and expensive tariffs with hidden costs. This is according to the complaints made by the customers for Ncell. Some private ISPs are also giving good data package with Wi-Fi hot spots but are limited to the cities. So people in remote areas and outskirts have to rely on the data service of the telecom operators. The slow GPRS and Edge (only available service) leaves much disappointment.

Though LTE is going to be introduced by NT as a pilot project, it is not known when it is going to be operational. It is because the regulator NTA has not made any provision for it. They are not clear about the duplex type (FDD/TDD) and the frequency spectrum for LTE. Nepal Telecom says they will be bringing the frequency duplex (FDD) LTE in 700 MHz with Huawei. But that will only be available if NTA (now without Chairman) could decide that in time.
So for a revolution of Mobile broadband, WiMax hot spots and 3G in the whole of Nepal are the only solution. These are the ones that quench the bandwidth-hungry customers now. No other technologies are there soon. 3G in the lower frequency spectrum is what operators should be thinking if the regulator paves the way for it. The increased access to information in rural areas helps to reduce the digital divide in the country. That will also boost the economic activities there, leading to the development of the country as a whole.

Nepal Telecom halts WiMAX due to Interference with Jio 4G