Share
State-owned operator, Nepal Telecom has officially invited Huawei to sign the 5.2 million GSM project agreement- Package A of 10 Million GSM project. After the issuance of Letter of Intent to Huawei, both NT and Huawei have started negotiating to finalize the agreement. Officials are hopeful that the final agreement will be made within two weeks time. After the contract of 5.2 million lines, Huawei will be the sole vendor to install 10 Million GSM lines (including 3G and 3.9G LTE) as it has already bagged 4.8 million GSM lines (for Kathmandu, Gandaki, Dhaulagiri, and Lumbini). Core Network and BSC/RNC equipment are already installed and being tested for the 4.8 Million lines, for which the BTS cut over are known to start from February 2013. 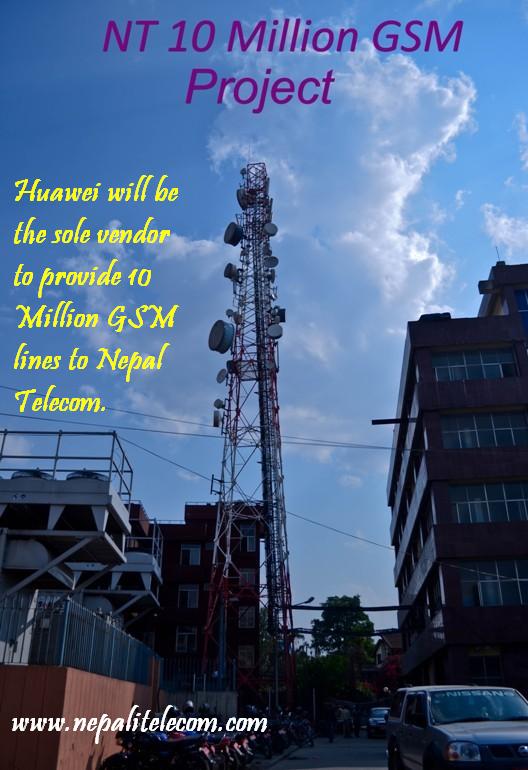 The implementation of the 10 Million GSM lines has been delayed due to many factors like CIAA investigation, Political Interference in decision making, not yielding long negotiations with ZTE for Package A  for which NT ultimately seized the bid bond worth Rs 420 million.
With the thought of providing the two projects: package A and package B to two different vendors, NT had called tenders for two separate parts of a mega project: 10 million GSM lines. Huawei got the 4.8 million GSM lines- package B due to their least bidding amount but due to ZTE and Ericsson’s indifference to do the Package A project in the least amount quoted by Huawei, the decision for Package A was in limbo for quite some months. With that, NT had no choice but to call Huawei for the package A.