Share
April 9, 2015: Ncell, the private telecom operator has also launched SLC offer for those who have appeared SLC for this year. It has been around two weeks that NT has launched similar SIM offer for the SLC appeared students and Ncell reciprocates by providing much attractive offer for the SLC students which tells the rivalry of the two giants here in Nepal.
With the Ncell’s SLC offer, those students can get Ncell’s SIM at no cost with Rs 20 main balance and 5 MB daily data package free for 90 days. All you have to do is go to Ncell customer centers or Ncell shop with your SLC admit card, Citizenship certificate of either yours or parents and a photo. The offer will be  valid till Ashad 22, 2072.
Compared to NT’s 100 Rupees SIM, Ncell’s SLC offer seems more attractive for the students as no any cost is required to take their service. Ncell also adjusts the offer to promote the students use their service for longer time (as the free daily data package is for 90 days) so as to make them habituate which is also a very nice idea for promoting the usage of ICT in such young age. 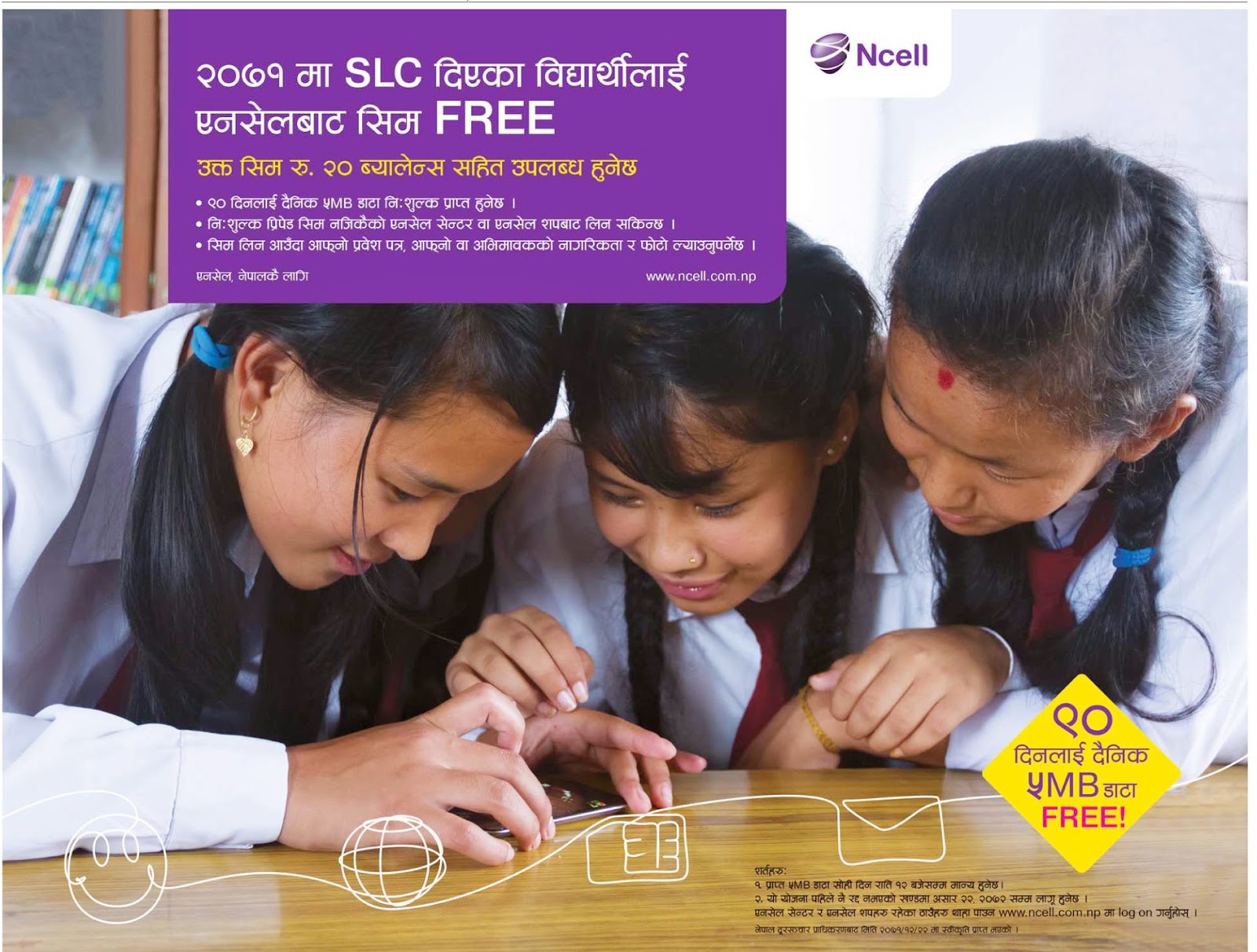