Samsung’s latest high-end smartphone Galaxy S5 has been released in the market all over the world, and Nepal is no exception. Despite being a small market, an Authorized Dealer of Samsung, International Marketing Service (IMS) had also made arrangements to prebook the flagship phone here in Nepal and the phone was made available on the very day of its launch worldwide. Price at a hefty sum of NRs 76,000, the latest successor of South Korean Handset maker Samsung’s Galaxy series, S5 is a big treat to all the gadget freaks out there.

The phone is also bundled with Nepal Telecom to provide a free SIM card with free data of 5GB. Samsung wearables were also launched with GS5 whose purchase entitles you to Rs 3000 off in the overall price, valid for the month of April. 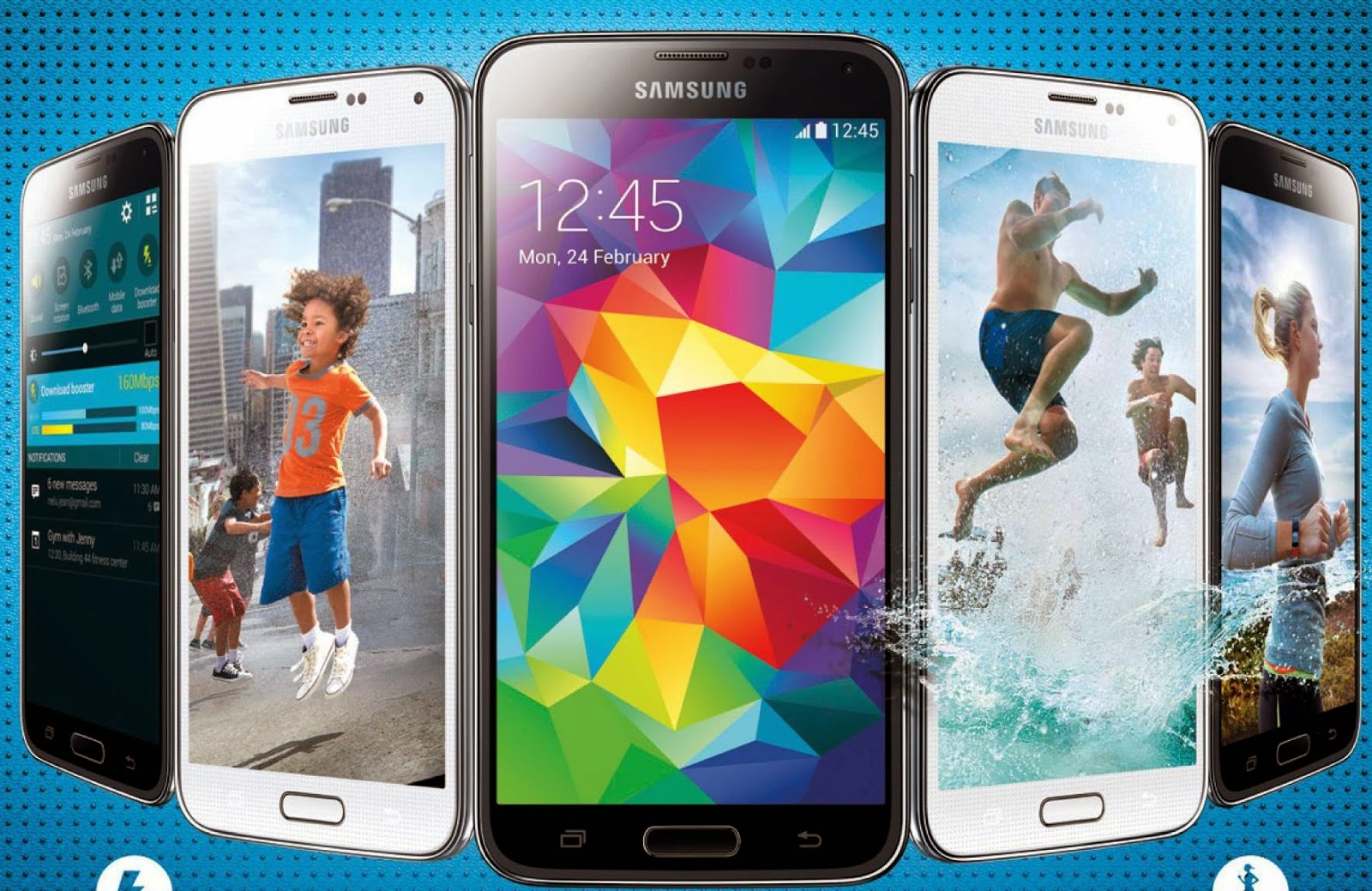 S5 comes with a faster processor, better camera, long battery life, enhanced S health, new wearable, and fingerprint Scanning features. The phone is powered by a Quad-core 2.5 GHz Snapdragon 801 Processor, with 2GB RAM which makes it a powerful phone. Running with the latest OS Android KitKat 4.4.2, S5 uses Isocell technology in its camera for better sharpness, faster auto-focus, and low light sensitivity.
Rear and Front cameras are of 16 MP and 2 MP resolution with the same aperture as that of S4. Compared to its predecessor S4, there is longer battery life in S5 with 28000 mAh ( up from 2600 mAh). Internal Memory space comes with either 16 GB or 32 GB whereas a micro SD slot is also present for extension up to 128 GB of external storage. Connectivity includes WiFi, NFC, Bluetooth 4.0, GPS/GLONASS, USB OTG, GSM/EDGE, HSPA+, and different variants of LTE to support different regional carriers. The water and dust resistant phone also support fingerprint scanning feature, heart rate monitor with enhanced S health.

Despite such features, the phone has got mixed reviews from tech reviewers. People have questioned the accuracy of fingerprint scanning and heart rate from S Health, which needs to be improved for good word of mouth.
S5 even falls short of the exciting innovation that the Galaxy series carried in all these years and is also a big letdown for the looks of such a high-end smartphone. Major innovation needs to developed for Samsung Galaxy S6 that Samsung may resist releasing within the year 2014 with a slight decrease in the profit, as a result of market saturation and tough competition for high-end smartphones.
But with such a powerful processor, better camera, and connectivity, S5 is a good flagship Android phone.