Nepal Telecom has bought ten more mobile BTS van to operate GSM and CDMA BTS for special gatherings and high dense areas. NT will be running the vehicles across the country to cater to the high traffic flow and crowded areas.

Last year Telecom had brought 3 such vehicles and have been running Mobile BTS in such vans from more than a year. Till now, various functions like concerts, political mass gatherings, religious gatherings in temples (Teej, Shivaratri) are serviced by such Mobile BTS van in Kathmandu Valley to maintain Quality of Service. It’s a common practice to install and operate Mobile BTS for providing a good quality network in such crowd gatherings.

Telecom service providers in developed countries have a more advanced solution on top of the Mobile BTS Van so that they can guarantee their network in a crowded situation. Some of the operators also prefer a free WiFi hotspot to offload their cellular network, for such events.

Why Mobile BTS Van is required?

The mobile BTS mounted in a vehicle will add more capacity to the network so that it can serve the huge crowd.

As the capacity of a mobile network which goes by the number of simultaneous calls in a second for now, is limited for a particular base station, the telecom operators need to put more BTS.

Later when the data network becomes popular in Nepal, they have to put comparatively far more effort in managing their network for such a crowd.

After the operation of 10 more Mobile BTS van in other cities like Biratnagar, Hetauda, Pokhara, Dhangadi, Nepalgunj, Nepal Telecom will be able to serve such gatherings throughout the country. 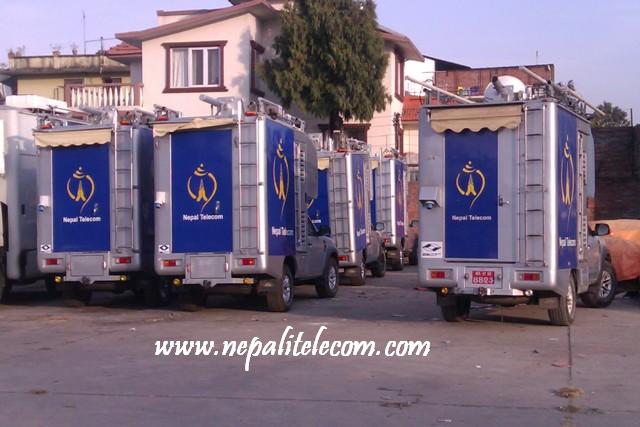 Tell us if you have seen the Mobile Towers in such events and gatherings, in the comment box below.