Nepal Telecom GSM mobile network down for more than half an hour.

Share
Nepal Telecom’s GSM mobile network was down for more than half an hour today across the country. The network was down at around 3 pm and restored at 3:33 pm. At that time, NTC GSM prepaid and post paid subscribers were not able to make calls and even send SMS from the network, though the signal was there. When contacted to NTC personnel, they told that there was power problem in their MSC and was solved immediately after identification.
This sort of incident had happened before in Nepal Telecom’s GSM network, even Ncell’s network was also down for more than 3 hour recently. 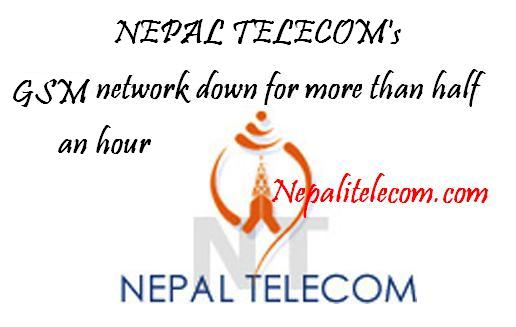