Nepal Telecommunication Authority (NTA), the regulatory body for telecommunication in Nepal is planning to award LTE license and frequency to the telcos in Nepal. At the earliest, NTA is known to formalize the “technology-neutral” spectrum in Nepal for the existing telcos which will enable them to launch LTE technology in the existing frequency band.

As confirmed from many news, quoting NTA head Mr. Digambar Jha, it is known that NTA is mulling to bring LTE in 1800 MHz. After that, they will invite more operators (including current ISPs) for the auction of new frequency chunks in 2600 MHz or 700 MHz. Right now, operators are using chunks of 900 MHz, 1800 MHz spectrum for 2G and 2100 MHz for 3G.

The frequency policy formulated back in 2012 already paved the way for using new technology in existing spectrum chunk but it was never implemented in real sense. Several online news portals mentions that this new technology will be launched in Nepal within 3 months after the availability of license and frequency. Here are some basic queries and answer about the LTE technology.

What is LTE? What can you expect from LTE?

LTE stands for Long term evolution, which is the direct evolution of 3G cellular technology and the high-speed wireless service is sometimes even termed as 4G (brand name) but it does not satisfy the requirements for 4G. LTE advanced is the next evolution for 4G technology which is much advanced than just the LTE.

The maximum high speed depends upon the coverage and chunks of bandwidth used whereas customers can get speed up to 50 Mbps with 10 MHz of spectrum and fair coverage. You don’t have regular voice calling service in LTE unless Voice over LTE (new feature) is supported in the system. But you can always make calls through Instant messaging/calling apps like Viber, Skype, WhatsApp, WeChat, etc. 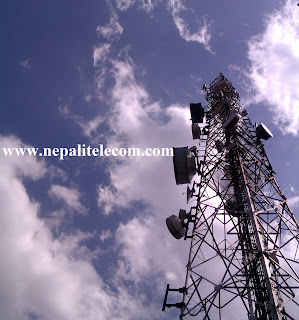 Where can you get the service?

Even though people of all the region may be excited with this new technology, but as usual this will be brought to the major cities throughout the country. At first, it is known that Nepal Telecom and Ncell is ready to launch LTE from their existing network after the announcement of technology neutral spectrum.

What do you need to use the service?

Most of the popular smartphones available now supports LTE but all you have to make sure of the version of LTE (either TD or FD) and the frequency band support in the phone. You can also buy separate LTE dongle for the compatible version and frequency. Put new or existing SIM card of the LTE operators inside the phone or dongle to get connected to LTE.

Survey about 4G services in Nepal